Get fresh music recommendations delivered to your inbox every Friday.
We've updated our Terms of Use. You can review the changes here.

Tools Of The Abstract

by The Danny Fisher-Lochhead Large Ensemble 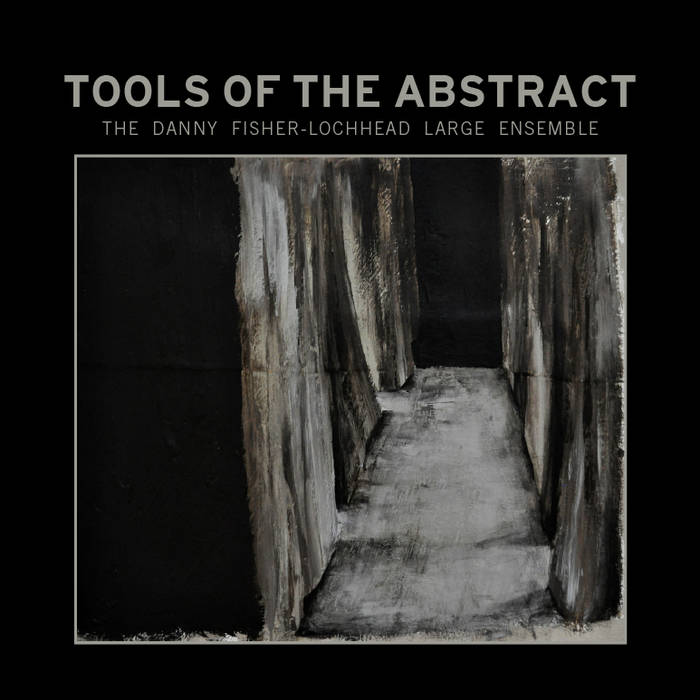 All compositions originally by Danny Fisher-Lochhead, with changes, re-arrangements, spontaneous composition, and group improvisation by the group and its constituents.

Many people are responsible for the music recorded here and the images that now accompany it, and I'm grateful for all of their various contributions. Some of these people are (in no particular order); Evan Hughes, Kyle Wilson, Katherine Perkins, Mike Kutchman, Brian Markham, Ben Cohen, Brandon Evans, Joe Hartnett, Ryan McLennan, Steve Berson, Danny Lubin-Laden, and Ross Gallagher.

While a great confluence of events, people, ideas, musics, and feelings no doubt influenced the genesis of this piece, I feel it necessary to acknowledge a few overt musical techniques borrowed and/or directly influenced by other composers. Some of the sonorities came directly from casual explorations in the musical language of Olivier Messiaen; a rhythmical device used in Part Two I learned from the music of Guillermo Klein; also in Part Two is a simple phasing technique related to those in Steve Reich's early pieces.

with guest,
Brian Markham, electronics and voice
(Part Three only)

Retroactively released on Fishkill Records on 11/17/2015

The music found here is from a number of different projects that I've lead in the past few years. The results are dissimilar in some ways although some inevitable threads of consistency can be drawn between them. I plan on continuing to release music on this site from whichever source it happens to come, whichever formulation speaks the most convincingly. ... more

Bandcamp Daily  your guide to the world of Bandcamp